The island of Koh Samui, with an area of roughly 230 km2, is the second largest island in the Kingdom. Sovereign of 80 islands and islets, she bathes in the Gulf of Thailand, China Sea. Located roughly 600 km south of Bangkok, Koh Samui is 21 kilometers at its widest point and 25 km at its longest point. The Main Road (51 km), mostly coastal, encircles the island which is famous for its beautiful beaches and bays.

There are wonderfull beaches all around Koh Samui. The longest (and more touristic) ones are in Chaweng and Lamai on the East coast. Bophut and Maenam are other popular beaches. Apart from the beaches, other attractions on the island are waterfalls (Hin Lat, Namuang,...), phallic rock formations (Hin Ta Hin Yai), butterfly garden, snake farm, crocodile farm, temples, and activities for all the family members.

From December to February (high season), températures are around 30C (86F). Brief tropical rains may fall in December. This is the best season for people from Europe who leave the harsh European winter for the warm summer Asian.

From March to June is the time of hot weather, which can sometimes reach 40C (114F).

From June to September, the weather is warm interspersed with occasional showers and thunderstorms.

October and November are the rainiest months (mounsoon), although it does not rain every day.

In contrast with other regions of Thailand, Samui does not seem to have well-defined rainy season. In November, for example, periods of 2/3 days without sun can be followed by periods of bright sunlight. 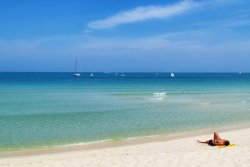 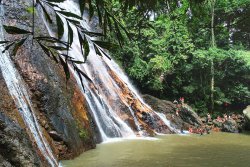 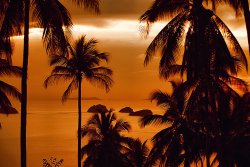 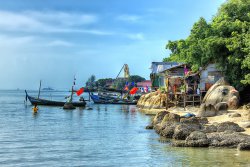 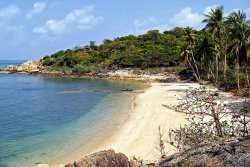 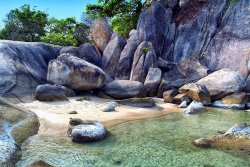